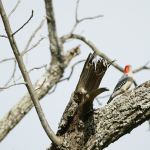 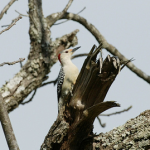 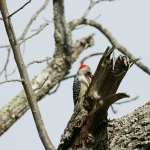 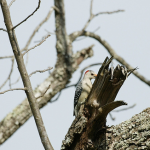 I took these pics late last fall near the North Fork of the White river in an old walnut tree that had dropped all it’s leaves. The woodpecker was particularly interested in an area were a dead limb was rotting. I took these pictures from about 100 yards with an old Canon 1DS DSLR and a EF600mm f/4 IS L lens with a 2X TC making the total 1200mm lens. Not to bad for a long shot where I could not tell what bird I was shooting until I processed the pictures later in the day.

Indigo Bunting in all his glory